As our concept developed and our design became finalised, we recorded this progression as we went. From basic floor plans to final plans, also sections and visuals rendered and un-rendered.

A basic floor plan to begin to understand the main features of the building, it also allowed us to figure out spacing and movement of both the performers and then audience. 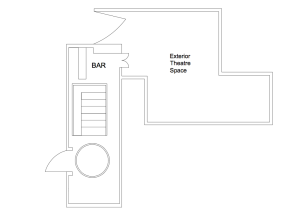 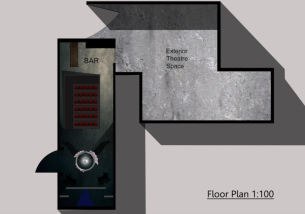 Figures 1&2 (rendered basic sections, above clockwise from left to right)

Initial visuals of the design concept… 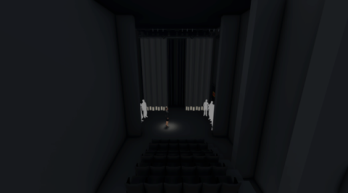 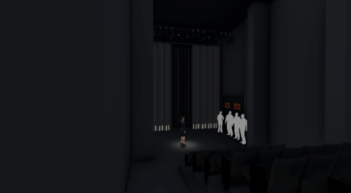 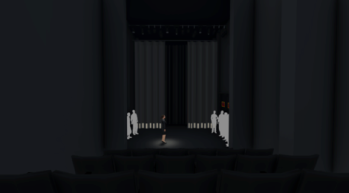 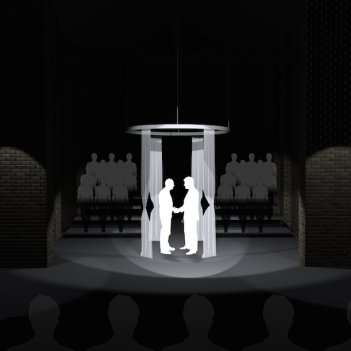 Showing the transition between the two scenes: using the same frame for both scenes. The transition will involve the following:

These small changes ensure that the transition between the two scenes remains smooth and doesn’t become a distraction from the stage performance.

The location, design and elements of this concept are simple but will work together to create a stage set that enables the performance to be enhanced and impacted by the elements surrounding it.

Figures 1, 2 & 3 were created by the the group designing the stage set for Scene 4.i and have been used with their permission.