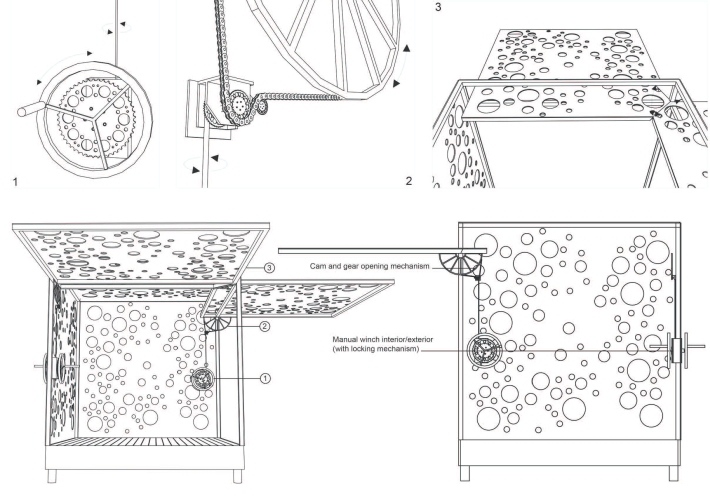 Node Urban Design have looked at this area to see what improvements could be made, and have drawn up three proposals of varying degrees of intervention before working with Co.LAB students to develop a detailed design proposition. The landscape feature draws on references of the tight urban grid and craft specialism that the area is known for. A series of metal cubes provide varying ranges of openness for visitors.

Undergraduate and Postgraduate students worked in competitive groups, acting on feedback from the collaborators prior to presenting a final design to the JQ Association. Funding is now being sought to take the project to fabrication stage.