Week 2 – We planned out our schedule and began design research.

For this project we are collaborating with Ibstock Brick who are the largest manufacturer of clay bricks in the UK.  Ibstock use the processes identified in the previous week to produce their clay bricks, the clay is predominately thrown using machinery however, they do still make hand made bricks at selected sites in the UK.  We will be exploring the process of the hand made bricks.

Ibstock have a wide variety of brick types of different sizes and shapes and their Umbra Range is one group which is unique in many ways, offering an alternative opportunity for architects and designers to experiment with surface texture. Our ultimate goal for this project is to create a new prototype brick which could fit into their Umbra Range (see below) 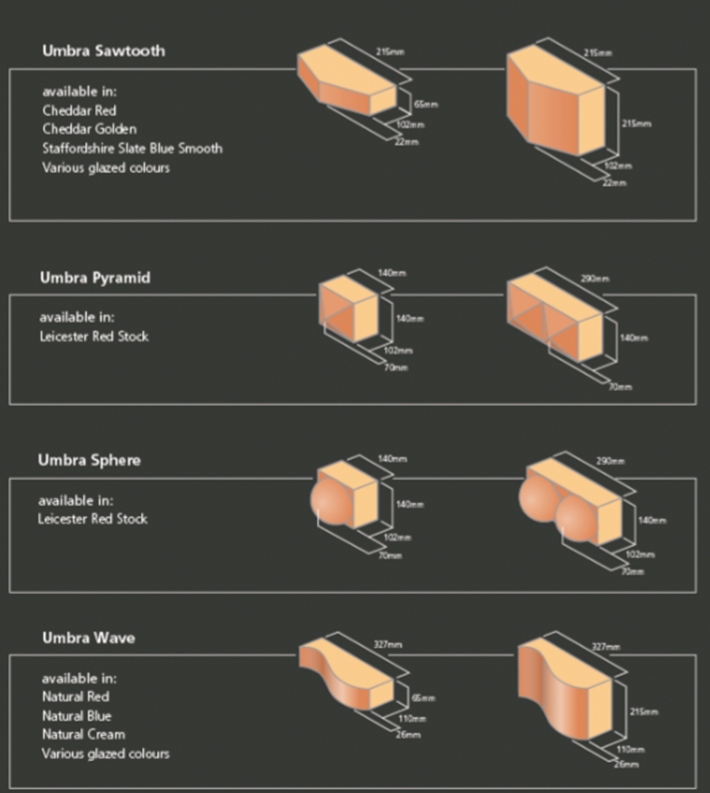 Using simple moulds it is possible to manipulate the basic geometry of a brick to create relief  in the surface textures of a brick wall. Over the next few weeks we will be experimenting using blue foam to begin our design process this will allow us to create a series of different explorations quickly to see how the bricks can add depth and texture focusing on a single brick to begin with.  Following this we will take a selection of our experiments to develop further using 3D software to see how the single bricks can come together to create interesting surface patterns through tessellation.

To begin our design process this week we have began researching what other manufacturers are producing and exploring surface textures which can be created using other materials such as tiles. A few which are of initial interest can be seen below.

Another manufacturer we found which produce similar bricks in their ‘brick specials’ range is Fonterra, who are one of the largest manufacturers in the UK behind Ibstock.  A selection of this range can be seen below. 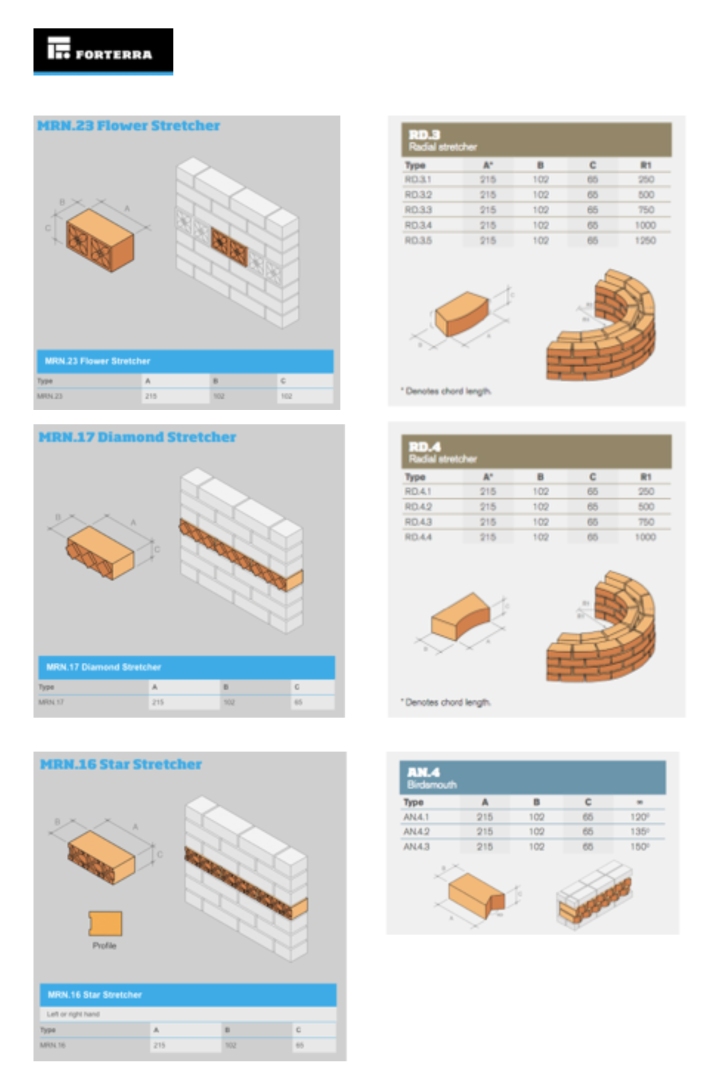