“Open up archives to the world so the public can reclaim museums and objects as cultural commons” (Al-Badri, n.d.)

The Nefertiti Bust is a painted bust of an Egyptian Pharaoh and resides in Berlin’s Neues Museum. The bust is arguably one of the most renowned archaeological finds of the 20th century however in 2015 it became the centre of a controversial topic. Visitors of the museum are not permitted to take photos of The Nefertiti Bust but in 2015 two artists secretly scanned the bust using 3D scanners and, after months of piecing together the information, created a digital copy that was released to the public. One of the artists responsible for creating the scanned copy, Nora Al-Badri, claimed it was an act of cultural repatriation with the view that art should be accessible to all. However, creating a copy of the bust raised some questions regarding ownership and legacy, which brings up the question – how should artefacts be documented and should they be accessible to the public?

The Modern Gazetteer has explored documenting archival buildings through digital models, where a snapshot in time is turned into physical object. Birmingham arguably does not always priorities culture in the built environment; some buildings are readily demolished to make room for new contemporary buildings. John Madin’s Birmingham Library for example was viewed as a key building to Birmingham however it was soon replaced with the new contemporary library. The act of demolishing buildings is not the point of discussion here but more so how does one document those demolished buildings. Regardless of the legality of copyright law, it seems sensible to open the archives to the public as this helps give legacy to archival information, which would perhaps be otherwise forgotten. The creation of both the digital copy of the Nefertiti Bust and the Modern Gazetteer’s Birmingham Library, means these can be recognised by the public and thus enabling them to live on past their physical life span. 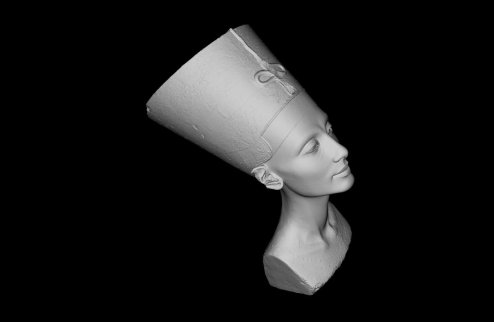