What is the value of a record?

“The digital 3D model is the new plaster cast; equally important yet much more powerful in its ability to be spread and shared.” Morehshin Allahyari

The artist, Morehshin Allahyari, known for her exhibition ‘Material Speculation: ISIS’, is a strong advocate for the use of additive manufacturing techniques in replication. For the aforementioned exhibition, Allahyari replicated a number of artifacts destroyed by ISIS militants. As a result, her efforts to recreate have become the only surviving physical record of these artifacts, much like some of the exhibits the cast courts in the V&A museum. 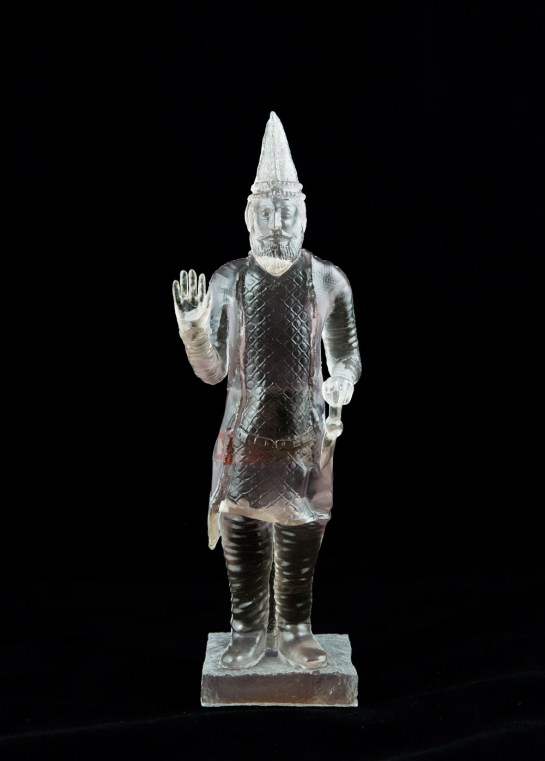 Allahyaris activism raises questions about the validity of the 3D model as a record of a historic moment. Whilst she would argue that the replica is a valuable record, she does appreciate the disadvantages of this method of reproduction. In The 3D Additivist Cookbook, Allahyari and co-author Daniel Rourke write a manifesto promoting the infiltration of our culture with additive manufacturing. In this manifesto we are called to replicate what we will, modifying, interrupting and introducing anything at a whim. This additivist society will see software written in plastic form, accentuated function added to our bodies, the farming of plastic from garbage and new ways to interact with our plastic creations. This is not only a culture of creativity but of sabotage; software written to introduce printer glitches, ways the raze and rebuild, ways to spy and ways to torture.

This 3D society is one which celebrates creativity in any form, whether it be a tool for destruction, a tool for generation or a tool for record. Whilst Alahyari recognises the value of freely available and reproducible artifacts, she also respects the potential misuse of this new tool.

In plaster casts, there are always imperfections, features not present on the original artifact, whether that be seams left from the mold, air bubbles, framework for extraction or chips, no plaster cast is a true copy. It is more of a record. It stands as a reminder of what birthed it.

When the ‘original’ is broken down into its components, its form, material, texture, colour, and then reproduced using a relatively alien material, plastic, the essence of the original is somewhat skewed.

This skew can happen at a capture level. where the method of capture works at a certain dpi, or can’t quite capture a certain angle, this can lose form and texture. Skew can also happen at a manufacturing level, affected by the precision of the printer, the presence or lack of glitches, the colour and material properties of the print media. These all affect the validity of the properties of the replica.

Whilst these copies cannot be a clone, at least not yet, they can, however, be a record of artifacts both lost and extant. A publicly available record; viewable and re-creatable the world over.