Development of the Moulding Process

The original moulding process allowed us to determine whether or not the procedures we were using would be sufficient enough to create a meaningful mould. As a’group’ (Matthew, Rachel) we had come to the conclusion, that the mixing process we were using was sufficient enough, however we needed to use a bigger mixing tray, which would allow us to make one mix of silicon material, to create more of a consistency through the silicon rubber.

1.1 – When we had completed the pour of material into the box, the element in which we were all moulding, the silicon rubber started to float to the top of the box.This became a problem,however, we used a piece of timber and brick to weigh down the element.

1.1-On reflection of this process, we believed as a group,that the next time we should glue the element down to a piece of timber,which would stop this happening.

2- After the completion of the procuring process, we had issues with taking apart the timber from the mould itself.

2.1 – On reflection, we should have used oil on the sides of the timber so the silicon rubber would not stick to the timber. 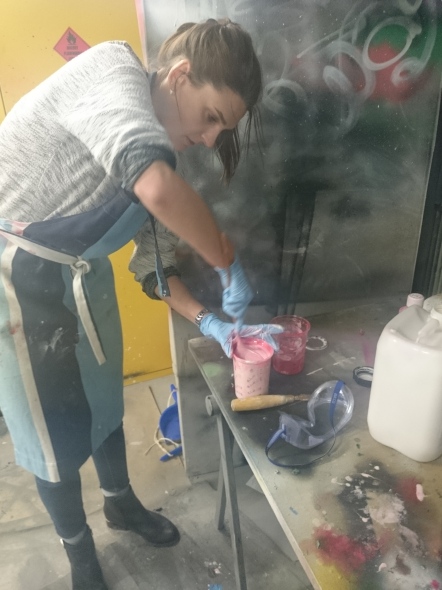 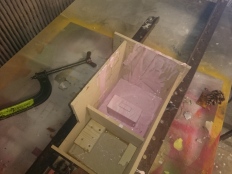 Following on from the above process.We were then able to develop polyurethane foam casting pieces, (which can be seen in the below photos) which allowed us to duplicate various pieces.

Mould on the left is the first attempt, and on the right, the second attempt. 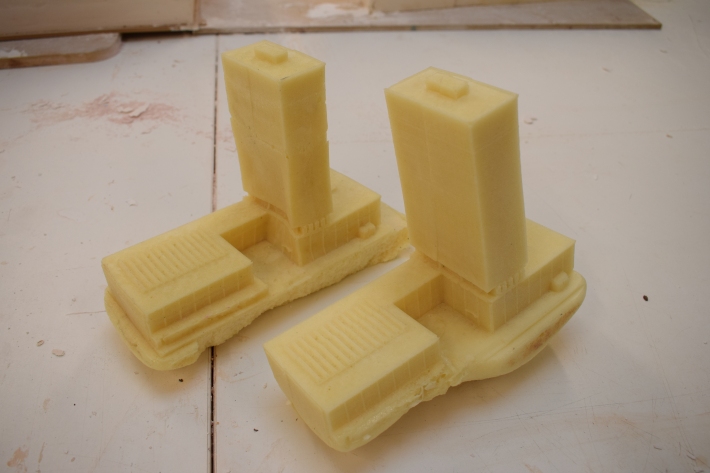 Mould on the left is the first attempt, and on the right, the second attempt.

This process has been very thought-provoking, and I believe it has been very meaningful as I feel on reflection,the work that I have done here (as a group) will benefit my education in studio and in the professional environment.I have gained new knowledge on the process of making moulds, and using various materials.