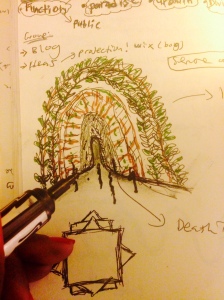 The Group initially got intrigued by what the name of the site “PARADISE CIRCUS”, its location ( heart of Birmingham city ) and its intended function for the public suggest.  In an industrial city mark such as Birmingham, the site suggest the function of the space would be used as an escape/cleansing area from the hustle of the city life. Perhaps a joyful, open and healthy setting for everyone to meditate in.

With big hopes and so much potential for this Paradise Circus to be build, in the present  somehow the site is mainly covered by a Brutalist library and a conservatoire, but no paradise to begin with. Now the city decided to take everything down and start with new hopes and dreams. 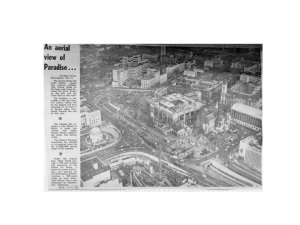 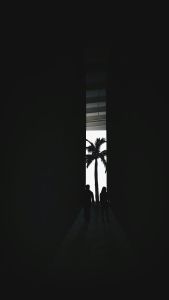 Exploring projection digitally: Journey begins in a darkness and anticipation, with a bright light of hope beckoning you to come to paradise ( tree projection )

Initial group ideas was projecting this journey  within the BMAG centre using different techniques such as visuals, lights and sound to bring this delusional  experience of the story of Paradise Circus as one walks along the Shelving inside the museum. 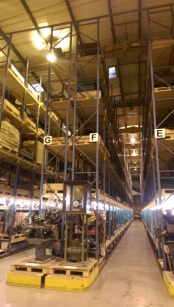 Photograph of site we aimed to set up projection. 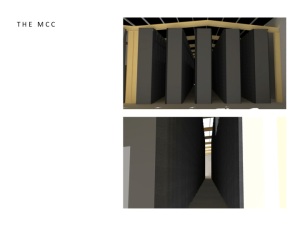 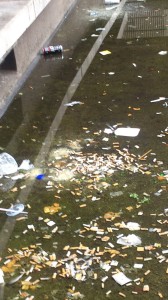 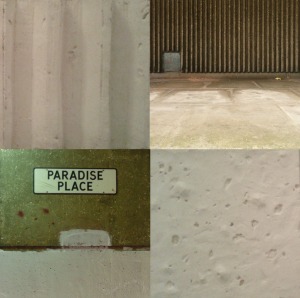 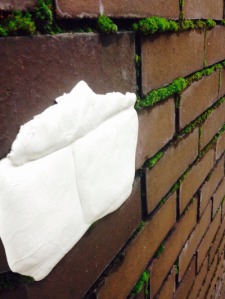