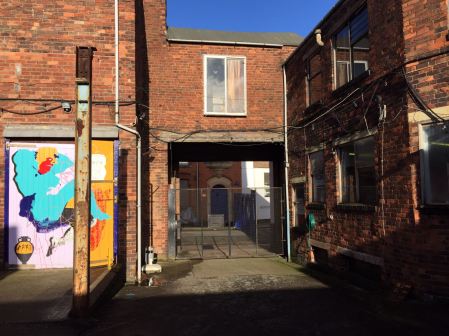 Initially it was clear the vision for the play consisted of the opening scenes being located in the courtyard space; the action would then move to the bar area, then through to the main stage area and finally back out to the courtyard. 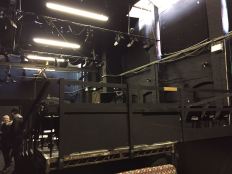 Our group decided that there were two areas within these spaces which we felt could work for our scene. These areas were the bar and the main stage space; it would also be possible to split the scene so it begins in the bar area and then moves onto the stage. We surveyed the existing building which will be used at a later stage in the project to assess the feasibility of using the bar area. 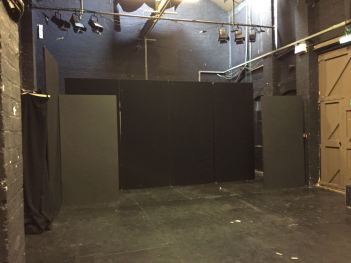 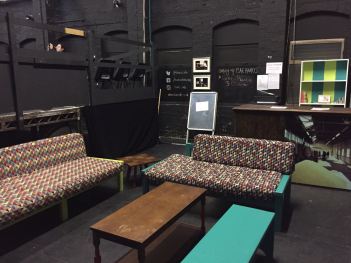