This is a repost of something originally posted on the separate Modern Gazetteer blog (found at http://moderngazetteer.blogspot.co.uk), however given the projects recent realisation of an exhibition shining a spotlight on Birmingham’s lost modernist past it seems timely to repost…

As Part of this years Modern Gazetteer students undertook a visit to the V&A museum in London to Visit the Cast Courts . The phenomenon of cast replicas dates back to the 19th Century, a time when travel abroad was expensive and photographic reproductions of great works of art and architecture still crude, (at least by today’s standards). The Full size plaster casts offered ordinary people, and students of design, a chance to see the astonishing scale of Michelangelo’s David or to experience the majesty of Jacopo della Quercia’s arch from the Basilica of San Petronio, in Bologna. These collections would be arranged to provide a comprehensive display, which could be studied by the public, as a way of ‘correctly calibrating their aesthetic judgment’.

As part of the readings undertaken during the project, we have been constantly challenged to consider – what does it mean to produce a piece of reproduction. What intellectual ground does it occupy? There have been many times in history where historically important art and artefacts suffered a kind of cultural cleansing, and are lost forever, simply because they challenged or offended at a certain time. The same could possibly be said of Birmingham city Centre, which has undergone a radical reimagining at various points in its history. We are witness now to a cleansing of the legacy of the 1960’s, as buildings which previously gave substance to the fabric of the city and demolished or transformed beyond all recognition.

The replicas produced as part of the CO:LAB project should be seen as an attempt to preserve evidence of the City’s identify, an identity which will soon be gone forever. The question then should be, in crafting these fragments, what if any, authorship are we assuming? What is the relationship between the reproduction and the original?

As many of the buildings are no longer to be found in the city, the reproductions assume their own level of importance, beyond simple historical curiosity. Indeed, the casts found at the V&A museum have experienced the same effect. In the years since their production the original pieces upon which they were taken from have been subject to the ravages of time. Arguably the casts now present a more perfect picture of the artist’s original intention, whilst other casts are the only reminder of artwork now lost. 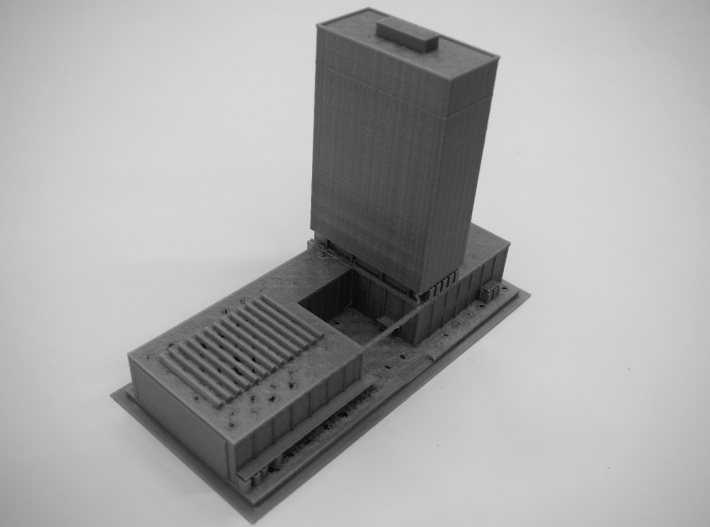