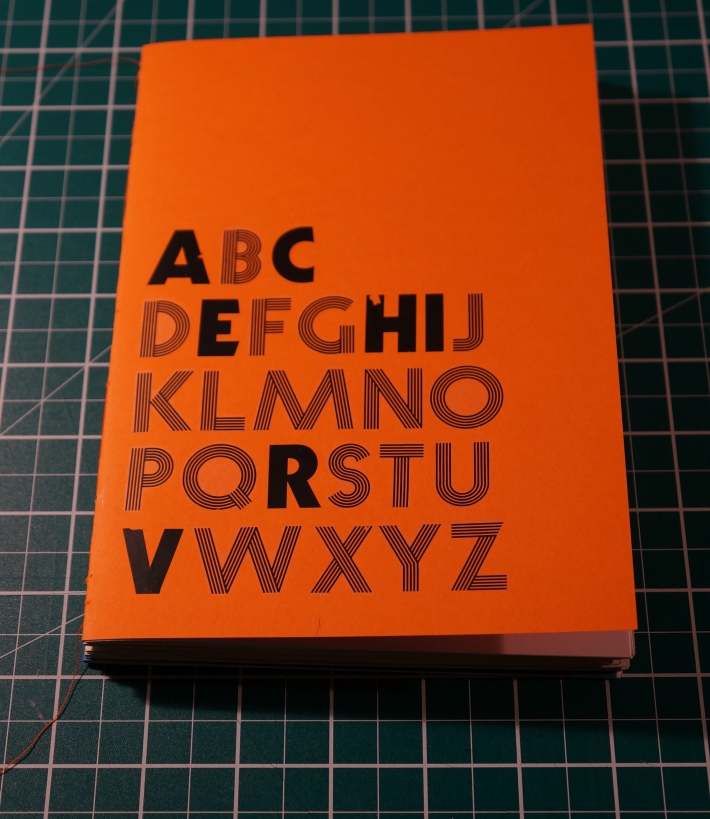 To address some of the issues with the previous tests regarding the stability of the binding, I experimented with a slightly more complex thread binding.

This is still completed with one length of thread, as well as collecting the material in to signatures, but uses a more intricate method which double binds the inner signatures together to make it more secure. This has made it laterally more stable, but more work is needed to make the binding tighter along the edge.

At a mass production level, this this how the signatures would be bound together, albeit using a mechanised process. Unfortunately, the bookbinders that I previously visited recently went in to liquidation and so were unable to give a quote for this type of binding, but through other research the best price per unit, based on 500 copies is around £3-4.

This means it may not be viable for the final publication, so an alternative which gives a similar effect and allows for the visual indexing would have to be found.