We look for some precedents about urban furniture. The yellow chair which designed by Will Sandy is located in London. It’s a project about the Edible bus stop.

The last one is the poster from IBM. It designed by Ogilvy and Mather. We can see that it not just the poster on the wall, it also provides some convenient functions for people. 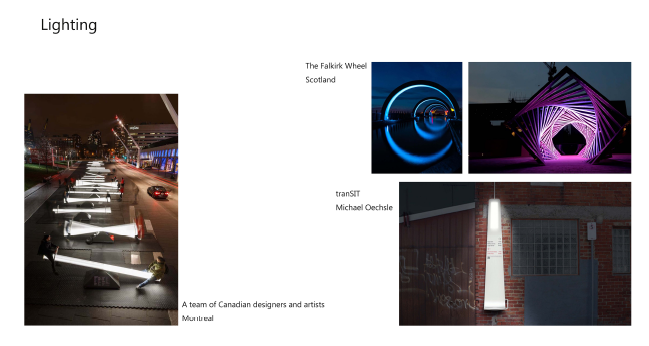 Looking for some examples about lighting and finding the possible form to develop. Thinking about what other function can be applied in the light, not just shiny. The first seesaw lighting is designed by a team of Canadian designers and artists. It’s located in Montreal. It’s quite an amazing design. When the seesaws are used they “activated” and begin to emit tones resulting in various musical harmonies. Another design “tranSIT” which designed by Michael Oechsle is a hybrid walking waypoint system. It includes the seating, wayfinding and street lighting. It aims to encourage people travelling by foot. The QR code integration for access to maps. LED lighting provides security for those who walking at night. 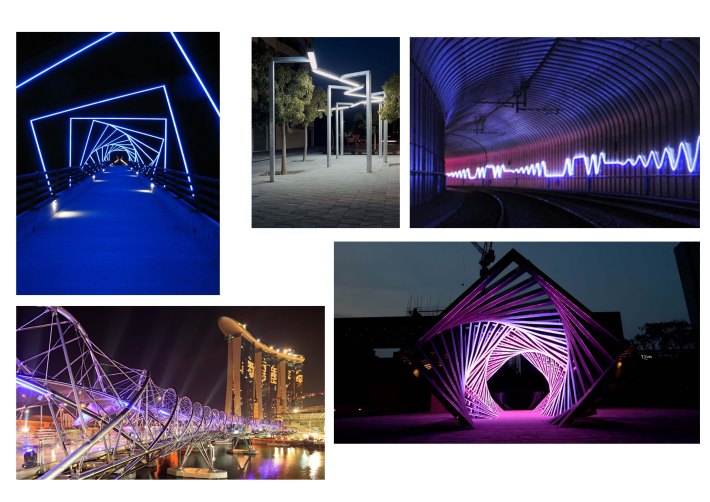 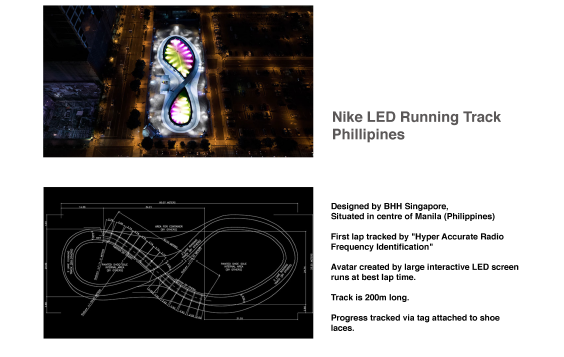 We looked for the precedent which produced by Nike about the running track, and did some research about it. It called the “world’s first LED running track.” Runners can take part in a virtual race against themselves on it. The stadium is 200-meter long. It is built by a wall of LED screens in the form of a shoe. After running an initial lap time and while donning a sensor on your shoe, it projects an avatar on the screen of yourself, so then, you can compete yourself. 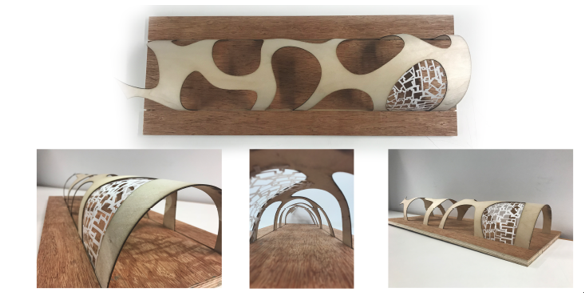 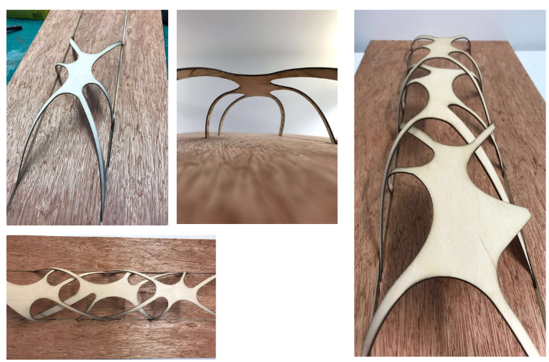 And at this moment, we start to do some models by cardboard and wood to test the shapes.